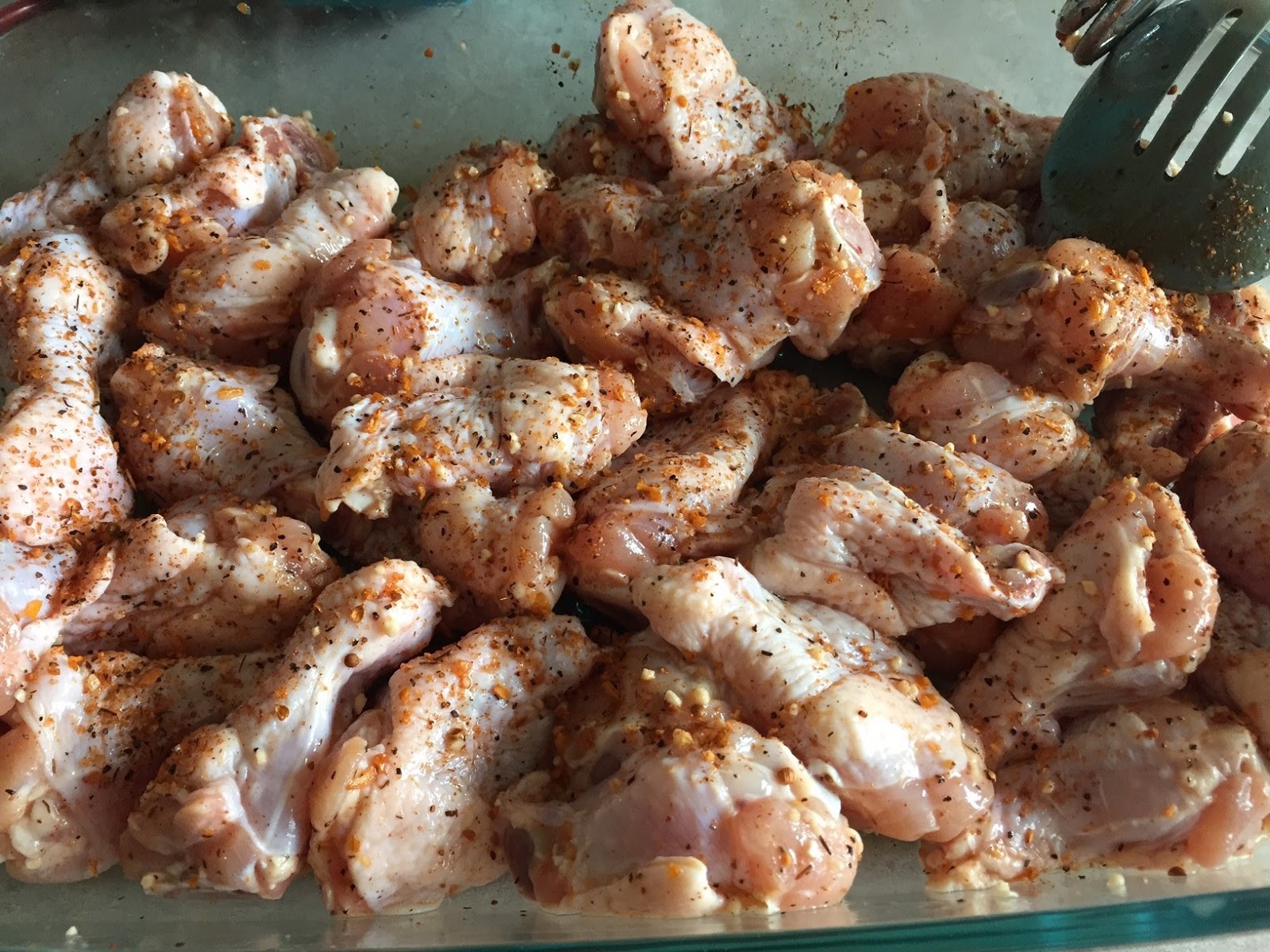 This is the first time I post about my own smoking efforts.  My current cooker is a cheap, hardware store offset smoker.  It is made of thin metal and is designed for charcoal use.  I decided a while back that I wanted to try cooking by burning just wood and not charcoal.  I was able to find a firewood supplier that sells oak, unfortunately they are located just south of Edmonton.  A few weeks back I found myself up that way on a work trip and I was able to stop in there to stock up.  Of course, the firebox on my smoker is small, so I had to cut down the wood to make it fit.

It took a bit of work to get the fire going, but I was eventually able to get the smoker up to temperature.  I had hoped to maintain a temperature of around 250 degrees.  This cook was also my first opportunity to use the iGrill temperature sensor I got for Christmas.  I picked up an ambient temperature probe for it about a month ago so mounted the probe at the far end of the cooking area and set the iGrill for a temperature range between 225 and 275 degrees.  The iGrill syncs to your smartphone with bluetooth, so you can monitor your temperatures from a distance and also receive warnings when the temperature falls outside the range you set.  You can plug in up to 4 probes at once, allowing me to monitor the temperature inside the smoker as well as up to 3 different pieces of meat.

I wanted to test things out with something fairly simple and quick, so I opted for some chicken wings.  Something else I tried out for the first time was brining.  Austin’s favourite Hardcore Carnivore, Jess Pryles, has posted a recipe for some buffalo chicken tenders that she brined in a buttermilk and hot sauce mixture.  I modified the recipe a little, adding just a few dashes of the hot sauce since I’m the only one in my family that likes spicy food.  My schedule only allowed me to have the wings in the brine for a few hours, so I don’t know how much it added, but they did stay moist.  An overnight brine the next time should help even more.  I pulled the wings out of the brine, added some seasoning and onto the smoker they went.

﻿﻿﻿﻿I put a foil pan filled with water on the grill, closest to the firebox to keep more moisture in the cooker as well.  The lid on my smoker doesn’t seal very tight, but I have found that a couple of paving stones on top of the lid helps keep it closed a little better!
I mentioned that I was trying to cook with just wood for the first time and I did find it quite a challenge to keep the temperature within my desired range and I was constantly having to adjust the dampers.

I let the wings cook for about 2 hours before checking on them.  The ones closer to the firebox were certainly more cooked than the others.  I moved them around a bit and at this point I slid meat probes into a couple of the wings and closed the lid for a while longer.  After another 45 minutes or so I was comfortable that the wings were cooked.  The problem with doing chicken at a lower temperature like this is that the skin doesn’t crisp up.  That may be ok on a whole chicken where you can just not eat the skin, but that doesn’t really work on wings!

I pulled the wings off the smoker, tossed them in some barbecue sauce and put them in the oven at high heat to crisp them up.

The Outcome: They were tasty.  Good, but not great.  I actually found the smoke flavour to be overpowering.

Next time out I will try a couple of things differently.  As I mentioned earlier, I’ll brine them overnight and the other thing I’ll try is to just have them on the smoker for about an hour to get some smoke flavour on the meat, but then I will finish them either on the grill or in the oven.

My other takeaway from this cook is that I need to spend more time figuring out how to maintain a steady temperature using strictly wood for fuel as opposed to charcoal.  Hopefully I can find an afternoon soon to just fire up the smoker and play around with holding the temp.  I also have some modifications in mind for it that hopefully will help.

I’ll keep you all posted and I’ll have some other posts up soon on some previous cooks!